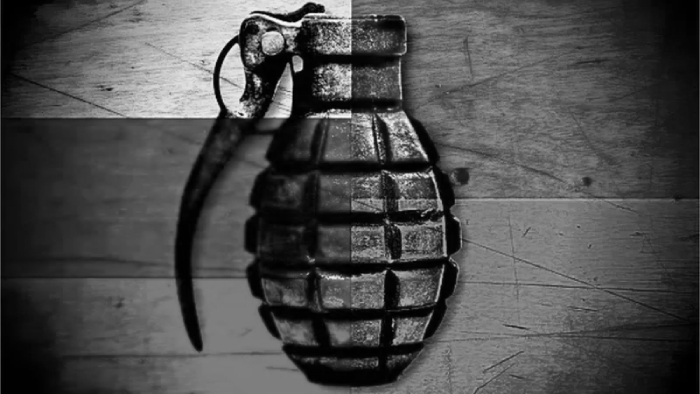 Despite the fact that the armed aggression of the russian federation against Ukraine has been going on for several years, the real economic war against the invader began only after a full-scale invasion of the enemy into the territory of our state.

Thus, in recent weeks, the authorities have implemented legislative initiatives that provide the responsibility of Ukrainian business, which is to some extent connected with the aggressor.

In order to avoid possible risks, a business shall:

Leaving aside the obvious reputational risks, let’s consider the main novelties of the legislation through the prism of business responsibility.

The occupation does not cancel the duty before the nation

Nowadays, certain territories of Ukraine and settlements are under the temporary occupation of the armed forces of the russian federation.

The local population is heroically resisting the occupiers, but, unfortunately, there are cases of collaborationism by some government officials. We also do not exclude the facts of possible assistance to the occupying forces and the authorities by business representatives in exchange for the possibility of maintaining or removing property to a safe place, security guarantees for officials or business owners, etc.

That is why on March 3, 2022 the Criminal Code of Ukraine was supplemented by Article 111-1, which establishes responsibility for collaborative activity.

Criminal liability has been established for business for:

Thus, the crime is:

Taking into account the public order established in Ukraine in the conditions of armed aggression, any economic activity in the occupied territories, where illegal authorities have been established, that is not related to humanitarian assistance for the local population or ensuring their livelihoods, can be recognized as collaboration.

Interaction with an aggressor state is a crime against national security

In a broad interpretation, Part 4 of Article 111-1 of the Criminal Code of Ukraine can also be applied to persons and enterprises engaged in any economic activity in interaction with the russian federation.

At the same time, the Criminal Code of Ukraine does not define the term «interaction». Therefore, in the absence of an official interpretation of such a concept in the context of criminal liability, it is advisable to use the analogy of the law, according to which interaction is actions agreed upon in terms of purpose, tasks, place, time and method of performing tasks to achieve a specific goal.

Thus, such activity may include the provision of services and works, the supply of goods in favor of the russian federation and its affiliates, state and related enterprises of the aggressor country.

Moreover, the corpus delicti of such a crime may be found in activity related to:

Actually, the very fact of interaction with the aggressor state in course of economic activity can be considered as a crime.

Please note that such activity does not necessarily have to be related to the defense industry and is not limited by the time of martial law or special status on the territory of Ukraine. The risk of criminal liability will remain until the russian federation officially loses its status as an aggressor state in Ukraine.

Legal entities engaged in collaborative activity are subject to liquidation.

We will separately consider corporate relations with residents of the aggressor country.

Currently, there is an intergovernmental agreement with the russian federation on the avoidance of double taxation of income and property and the prevention of tax evasion.

Accordingly, dividends that a Ukrainian company pays to a resident of the russian federation may be taxed in russia.

Payment of dividends with the further payment of taxes to the budget of the aggressor country falls under the signs of collaborative activity.

Moreover, the payment of dividends directly to the russian federation and its affiliates, state and related enterprises of the aggressor country can, in any case, be recognized as a crime.

Consequently, the issue of paying dividends by enterprises whose ownership structure includes residents of the russian federation requires a detailed analysis of criminal risks.

Also, the implementation of the decisions of the russian federation and its affiliates, state and related enterprises of the aggressor country, taken as part of the corporate management of the Ukrainian enterprise may be recognized as a collaborative activity.

Given the lack of an official interpretation of the provisions of the new rule, in practice, the collaborative activity can be interpreted both in a broad and narrow sense.

Meanwhile, when assessing possible risks, we recommend interpreting it in a broad sense.

On March 7, 2022, the Law «On the Basic Principles of Forcible Seizure of Objects of Property Rights of the Russian Federation and its Residents in Ukraine» came into force.

The law provides that objects of property rights of the russian federation and its residents are subject to forcible seizure without any compensation in favor of Ukraine, if such a decision is made by the National Security and Defense Council, and the President puts it into effect by his decree.

Legal entities (their branches, representative offices), in which the russian federation is a participant or a beneficial owner (directly or indirectly), are recognized as the residents of the aggressor country.

It should be noted that the parliament already intends to amend this law. Draft law № 7169 is under consideration, which significantly expands the concept of a resident of the russian federation.

Thus, it is proposed to include among the residents:

Given the above, the footprint of the aggressor country in the activity and corporate structure of a legal entity is toxic for business and can potentially lead to negative consequences.

The direction and principles of economic activity can be adjusted. However, it is virtually impossible to change the ownership structure without the consent of the relevant participant.

The current legislation does not allow the forcible exclusion of a participant from a legal entity if he does not have debts to make a contribution.

Sending an official letter to the National Security and Defense Council about the presence of residents of the russian federation among the participants can be an output of this situation. This should lead to further seizure of such a share in favor of the state.

In any case, we advise every business associated with the russian federation to carefully analyze its activity and corporate structure.

It would be useful to prepare in advance a motivated justification that the business is acting in accordance with the law and does not violate national security.

Was the article useful?
Share it on social networks
Subscribe to the newsletter of key news and expert blogs VB PARTNERS
To Know Sanctions: Development of the Supreme Court’s Practice in Sanction Disputes
Read
Investigation Mission - Interview with Denys Shkarovsky, Ukrainskyi Yuryst Magazine
Read
Are the commercial relations with individual entrepreneurs aimed at optimizing business processes or tax evading? Which are the risks for business?
Read