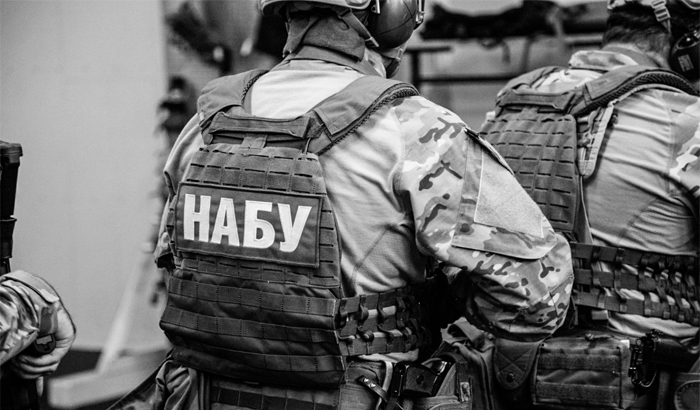 Ukraine inherited the post-Soviet punitive system of law enforcement agencies and lack of independent courts. Prosecutors have tended to scorn human rights and right to defense. In most cases courts per-formed only the function aimed at legalizing and approving the prosecutor’s decisions.

For 25 years of independence, system not only has not got rid of the antidemocratic past, but also got another terrible disease – total corruption.
As a result, investigation lost professional staff and methodology. Attorney’s qualification lost the price.Why do you need an attorney, if criminal problems may be quickly resolved by a bribe to prosecutor or judge?

The ongoing legal reforms in the field of criminal justice were episodic and had no significant impact. The only thing we can remember is the introduction in 2012 of a fundamentally new Criminal Procedure Code, which was adopted at the request of the Council of Europe.

After the Revolution of Dignity, starting from 2014 the legal sphere of Ukraine has been significantly re-formed. Part of legal reforms were successful, the results of some of them need the time to be assessed, some reforms failed.

The level of corruption in Ukraine is extremely high (data):

The task of the first body is to identify and investigate the corruption of the country’s TOP persons (politicians, ministers, governors, judges, prosecutors). The SAP task is to carry out procedural management (to sign suspicions, authorize detective to conduct separate investiga-tive actions), and also to support prosecution in court.

At the end of two years, the newly created anti-corruption infrastructure of NABU-SAP demonstrates rather high efficiency.

There was something that did not happen in previous years – official suspicions of corruption are put for-ward not to political opponents of authorities, but to the country’s first persons, regardless of their prox-imity to the President or authorities as a whole.

The Parliament’s deputies, tax service’s head, a member of the Central Election Commission, mayor of a large city, prosecutors of the General Prosecutor’s Office, a dozen judges were detained on corruption charges.

The SAP detectives and prosecutors effectively use all possible arsenal of criminal investigations – special cover operations, wiretap and covert surveillance, interception, international cooperation. They reveal through their counterparts, similar agencies the beneficiaries of accounts in foreign banks and offshore companies.

NABU-SAP are able to focus on and conduct long-term and comprehensive investigations. Also, they have an opportunity to enjoy effective support from internal analysts (economists, auditors) and technical experts (including IT).

These approaches and opportunities qualitatively distinguish anti-corruption bodies from the other law enforcement agencies, which investigations and approaches seem archaic.

As a result, the NABU and SAP are highly ranked in the confidence rating in the country.

What was the basis for this success?

My guess is that the key condition for success is the properly built architecture of anti-corruption bodies and recruitment system. The legal structure of NABU-SAP provides for the absence of political influence. The President appoints the NABU Head, and the Prosecutor General appoints the special anti-corruption prosecutor through an open tender, but both do not have the right to dismiss them from their posts prior to the scheduled date. Early termination of the powers of NABU Head is possible only on the basis of the conclusion to be made by the special audit commission.

All NABU-SAP employees undergo a hard and multi-stage open selection (anonymous testing of knowledge and skills, character test, polygraph, psychological tests). The representatives of civil society have an opportunity to express their views with regard to specific candidates and participate in interview process.

NABU detectives have a competitive reward, even as for the lawyers of law firms. The salary of an ordinary detective is about USD2000, which is certainly more higher than that of an investigator of police or prosecutor’s office.

A strong internal security service has been formed inside the bodies. NABU employees are periodically tested on polygraphs, secret checks of honesty are conducted in view of them.

As a result, anti-corruption bodies received an apolitical, highly professional and well-motivated team. We know of no case of leakage of information regarding investigations or facts of corruption. Criminal proceedings were opened in view of two cases related to bribery of detectives (bribes amounted to USD 800К and USD 500К, accordingly).

In turn, the lack of corruption and professionalism in the investigations caused a demand for the services of professional attorneys and law firms.

I want to draw your attention to the fact that more than 50% of the persons involved in the NABU-SAP episodes are not the top officials, but representatives of business who are involved in state tenders and corruption operations.

Was the article useful?
Share it on social networks
WCC Practice in a Global Pandemic: Development Trends, Consequences and New Opportunities in the Interview with Denys Bugay
Read
Top 5 Tips: How to protect business from the risks posed by Ukrainian law enforcement activities
Read
Anti-corruption vector - about a key trend of WCC practice in an interview with Denys Bugay
Read