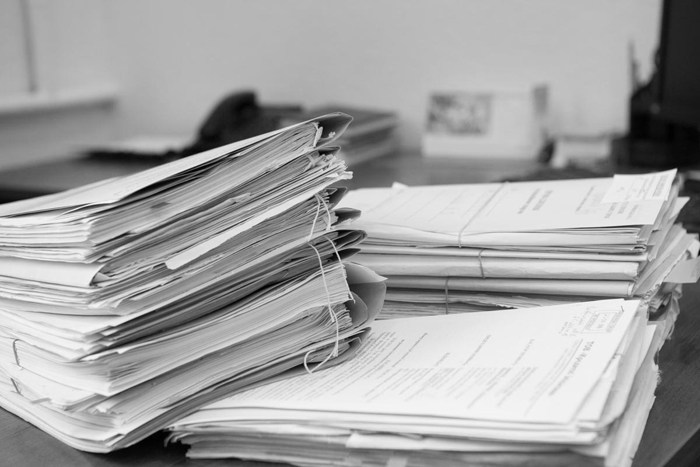 The procedural law, which was substantially amended in 2017, has determined further development of the concept of evidence disclosure. Lawmakers have defined due to new procedural rules the role of a court as an arbitrator which assesses rather than collects the evidence provided by litigants. However, this approach is not understood by all lawyers and remains a matter of discussion with the judiciary representatives and lawyers.

In the administrative process, Article 77 of the Code of Administrative Judicial Procedure of Ukraine obliged each litigant to prove the circumstances, on which its claims and objections are based, but with the proviso that in administrative cases over the unlawfulness of an authority’s decisions, actions or omissions the burden of proof rests with the defendant.

In such cases, besides the burden of proving the lawfulness of its decision, the authority may not rely on the evidence being not the basis of disputed decision.

Rules are unambiguous and clear, but my direct involvement in a number of administrative processes with the central authorities points to the fact that administrative courts refuse to comply with the principles of litigants’ competitiveness.

In particular, it is a common practice when the law enforcement agencies are involved in administrative processes on the side of the authorities, whose decisions or actions are being challenged. Such involvement occurs at the authorities’ request or at the court’s own initiative, and is justified by a reference to the abstract tasks of those law enforcement agencies, but not to specific rights and obligations, which may be affected by case decision.

Let us consider a particular situation. In June 2019, a governing authority provided the administrative court’s panel of judges with all the available evidence being the basis for a disputed decision. The panel of judges involved at the authority’s request a law enforcement agency in the case. Such a ruling shall not be appealed.

Initially, a law-enforcement agency (Third Party on Defendant’s side) violated the court’s deadline for submitting explanations and evidence, but later it began submitting to court the materials related to various criminal proceedings before each court hearing in September, October, November, and January. It is impossible not to raise objections to such evidence.

In particular, in September 2019, the Third Party provided together with written explanations concerning the claim the materials from two criminal proceedings being considered in 2017 and 2018.

Plaintiff drew the panel of judges’ attention to the lack of such a permit. Therefore, provided pre-trial investigation information was disclosed unlawfully and obtained in violation of the procedure as established by law. That is, provided evidence is inadmissible.

To remedy the situation, in October 2019, Third Party’s representative submitted the Resolution taken by a senior special investigator, dated mid-October 2019, on allowing disclosure of a pre-trial investigation secret in five criminal cases, being considered in 2015-2018, at once.  Resolution alleged that they had been combined into a “single criminal proceeding.”

First, Plaintiff drew the court panel attention to the fact that pre-trial investigation information was unlawfully disclosed in September 2019, when the Third Party filed its explanations in respect of the claim together with the criminal proceeding materials, but the secret disclosure Resolution was issued only in mid-October when the secret had been already unlawfully disclosed.

This clearly demonstrates a simplified understanding of law by law-enforcement agencies, when the fact of illegal and even criminal activity seems to be legitimized by executing a document in the future.

Second, Plaintiff drew the court’s attention to an apparent inaccuracy of the investigator’s Resolution. One of the combined criminal proceedings has been already pending before court since 2017, while the other two are being investigated by a structural unit of law enforcement agency in another region, which the senior investigator has no connection with. Another criminal proceeding does not exist at all. This resulted in a new postponement of the court hearing.

In November, in response to the Plaintiff’s attorney’s inquiry, the investigator acknowledged an inaccuracy, stating that he/she “mistakenly indicated four criminal proceedings.” A permit was granted for disclosing the secrecy of only one criminal proceeding.

After a lengthy break, in January 2020, Third Party provided two volumes of various documents which contained the minutes of investigative actions in two more criminal proceedings considered in 2015 and 2017. Permit for disclosure was not granted. No connection with the single case, being considered by the senior investigator, has been confirmed.

As of the date of this Article, an administrative court panel has not yet finally assessed the evidence provided by Third Party, but it is obvious that provided criminal proceedings materials are inadmissible evidence obtained in violation of the procedure as established by law and disclosed illegally.

In December 2019, the State Bureau of Investigation registered criminal proceedings against the Resolution falsification and unlawful disclosure of the secret.

If we analyze the published materials of criminal proceedings, then they obviously have nothing to do with the dispute. In particular, the Third Party provided documents of various commercial nature – contracts, certificates, reports, letters, etc., which confirm the Company usual financial and commercial activities in the period from 2000 to 2012. These documents have nothing to do with proving the lawfulness of the decision as taken by an authority in 2018.

Likewise, the submitted minutes of certain investigative actions (witness interrogation, Internet documents, and information reviews), carefully selected by the senior investigator from materials of criminal proceedings, are also not relevant to the dispute. For example, one of the witnesses only explained that he was the son of an individual working as an engineer and being previously the Company head. At the same time, none of the pre-trial investigations, as mentioned above, is conducted in respect of such an engineer, and he is not suspected of any criminal proceedings.

Also, the minutes regarding the investigative actions in 2018-2019 could not be used to adopt a disputed decision in May 2018.

Consequently, it is a common practice when the law enforcement agencies, being the third parties on the authority’s side, submit the documents, which have nothing to do with the subject of evidence and, therefore, are inadequate.

In cases related to decision unlawfulness, an authority may not refer to the evidence, which was not the basis of disputed decision (Part 2 of Article 77 of the Code of Administrative Judicial Procedure of Ukraine).

This requirement directly relates to the authority’s duty to prove that decision is lawful. An exception is when the authority proves that it has taken all possible measures to obtain evidence before a disputed decision is taken, but it has not been obtained due to the reasons being beyond its control.

No indictment(s) was (were) filed by Third Party against individuals or legal entities due to their absence. Pre-trial investigation in these criminal cases has not been completed or has even been suspended for years.

In addition, the abovementioned individuals were not the Plaintiff’s officials or beneficial owners.

Therefore, by providing the materials from criminal proceedings, pre-trial investigation in which respect has not been completed, law enforcement agencies try to entrust the administrative courts with the task of criminal justice and criminal process. Such tasks are defined in Article 2 of the Criminal Procedure Code of Ukraine, in particular, investigation of criminal proceeding materials and judicial examination to decide whether someone is innocent or guilty. However, they have nothing to do with the tasks of administrative justice courts.

Besides, the involvement of law enforcement agencies to support authorities is not justified and contradicts the principles of litigants’ equality and competitiveness, and purposes to enable the authorities to justify disputed decisions. Moreover, the fact of providing by law enforcement agencies the pre-trial investigation materials is aimed at distorting judges’ internal conviction, and creating a preconception, when evaluating the evidence regarding the decision lawfulness.

Was the article useful?
Share it on social networks
How to Reduce the Risks of Criminal Prosecution of Bank Top Managers - in an Interview with Denys Bugay
Read
Ukraine: bringing a corporate fraudster to justice
Read
Illicit enrichment - be liable only for new assets
Read