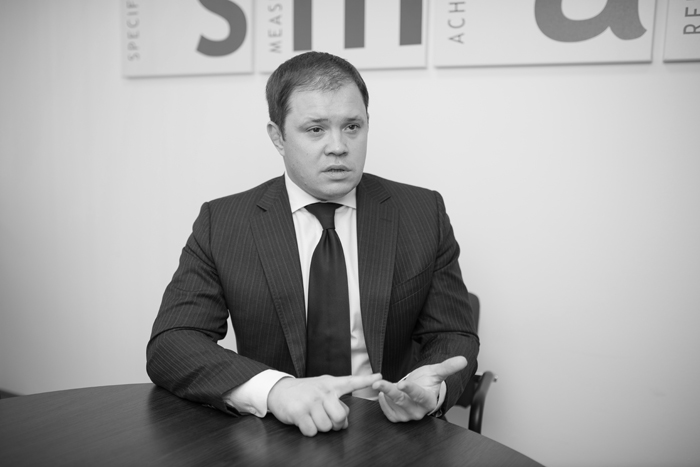 “It is fundamentally important to follow NBU recommendations, since their ignoring will be interpreted as contributing to an offense commission”, — says Denys Bugay, an attorney and Partner of VB PARTNERS

— The last year end was memorable by a series of rather high-profile criminal proceedings against bankers. Can we talk about increasing a criminal law pressure on banking sector?

— Now, a criminal case is opened against almost every bank. The end of 2019 was especially “rich” in such cases. Moreover, if in previous years the law enforcement officers looked more towards liquidated banks, investigating their top management and shareholders’ activities, now they are targeting successful banks, even the National Bank of Ukraine.

Serving suspicions to the NBU Board’s members is a “novation” never allowed by law enforcement officers themselves. There was so-called collective irresponsibility. If you are a collegial body’s member, you are practically not responsible for your actions within this body. Now everything has changed: board members are served notices of suspicion. This is the evidence that the National Anti-Corruption Bureau of Ukraine enters the banking market. They have in their field of view about five large bank cases, being investigated for more than two years. Hundreds of investigative actions have been committed and dozens of international cooperation cases have occurred throughout Europe, from Lithuania and Latvia to Austria, Switzerland and Luxembourg.

The Security Service of Ukraine also does not stand aside: it investigates a number of the cases related to stealing funds from liquidated banks, using correspondent accounts of foreign institutions.

— What violations are usually involved and who is the “target audience” of law enforcement agencies?

— Currently the key “target audience” of law enforcement is top management and shareholders of banks. The managers involved in operations: credit managers, collateral specialists, appraisers are also at risk.

Special attention is paid to state-owned banks, since their status allows law enforcement officers to talk about embezzling state funds, when entering into any unsuccessful banking operation. There is also a certain tilt towards private business issues of both banks and their clients. It can be almost anything — from refinancing, insider transactions, discount when assigning, sufficiency and quality of collateral to negligence when entering into bank active operations.

— What measures should be taken to minimize the risks of criminal prosecution of top management and beneficiaries of Ukrainian banks?

The first is to strictly adhere to the formalities provided for by the bank’s articles of incorporation and internal regulations. If there were the slightest violations when entering into an operation, law enforcement agencies will clearly interpret them not in management favor. Therefore, attention to detail is a guarantee of no problems in the future.

The second is to regulate the issues of so-called meetings by means of telecommunication, when decisions are made by collegial bodies without face-to-face meetings. On the one hand, this is a normal modern practice of solving problems through surveys, phone calls, e-mail, especially during quarantine, but on the other hand, if this format is not regulated by the respective acts of a bank itself, law enforcement agencies will treat it as a gross violation.

The third is to exclude from the bank methodological documents any evaluation categories without specific criteria. Take, in particular, the concept of “a body or official exercising control.” If this term is neither filled with a meaning nor is explained in what way it manifests itself and how such a concept is implemented, an investigator will interpret it as widely as possible and will have reasons, accordingly, to accuse bank officials of negligence.

The fourth consists in reacting to the NBU individual acts. If NBU has found a violation and made any recommendations, it is essential that its wishes be complied with — ignoring will be interpreted as contributing to an offense commission. And this is regardless of whether violation relates to the regulator’s recommendation or not.

The fifth is to specially examine business processes and internal regulations in respect of criminal risks. According to examination results, you need to make appropriate changes in order to eliminate them. It will not be superfluous to arrange mini-training for bank key employees. Experience shows that the earlier you start prevention or “absorption” of potential problems, the more chances you have to avoid adverse consequences.

— How do you generally assess the pre-trial investigation bodies’ competence in this category of cases?

— The so-called bank collapse of previous years provoked a significant increase in the number of criminal cases, which had formerly been lacking. As a result, the law enforcement agencies’ competence is growing.

A high priority at the state level allows investigators and prosecutors to use large resources and actively develop their own expertise as regards “banking” cases. The current situation cannot be compared to five years ago, when such words as “letter of credit” or “correspondent accounts” frightened investigators. Today, both NABU and police, and SBU are sufficiently professional and skilled to investigate banking cases.

In particular, successful international cooperation should be noted. Money “does not see” borders and can simultaneously flow in one case in five jurisdictions. Our law enforcement agencies have successfully learned to disclose banking secrecy, seize documents not only in Ukraine but also abroad.

Their new skill is to seize assets in foreign banks. Banking secrecy has virtually ceased to exist. A key trend consists in an active cooperation of investigators and replacing the principle of reciprocity with the principle of initiative. If a prosecutor of a European country sees in his jurisdiction any assets related to any investigation in Ukraine, he blocks them on his own initiative and informs his Ukrainian colleague. He also helps in every way to arrest such an asset. Previously, foreign prosecutors were active only at the Ukrainian enforcement agencies’ request.

— What can you consider as problematic issues of criminal proceedings in banking sector?

— Among the difficulties, I would highlight the complexity. Here, as a rule, there is no “one-step act”, every detail, being insignificant at first glance, can be crucial for both the prosecution and defense.

To efficiently investigate or protect it is necessary not only to be experienced in criminal law and procedure, but also to possess a high expertise in corporate law, financial monitoring, banking law, functioning of international banking system as a whole. Knowledge of English is also important.

The decisive role in banking investigations is given to the examinations, establishing damage and confirming the facts of cash flows. The quality of such examinations is usually not very high.

It is also worth mentioning the problem of decision-making by collegial bodies. There is an opinion that if decision is made by a collegial body (board, credit committee) it removes the responsibility from its members. This conclusion is erroneous. Now, law enforcement officers are ready to bring suspicions directly to each member of collegial body, if it is established that the decision caused damage or was made in violation of the law or bank internal documents.

Was the article useful?
Share it on social networks
“If you claim the title of "the best" – your expertise and service must be impeccable”, - Denys Bugay in the interview with “Yurydychna Gazeta”
Read
Legal assessment of the decision to cancel the Switzerland-Ukraine football match by an attorney of the Ukrainian Football Association
Read
WCC Practice in a Global Pandemic: Development Trends, Consequences and New Opportunities in the Interview with Denys Bugay
Read