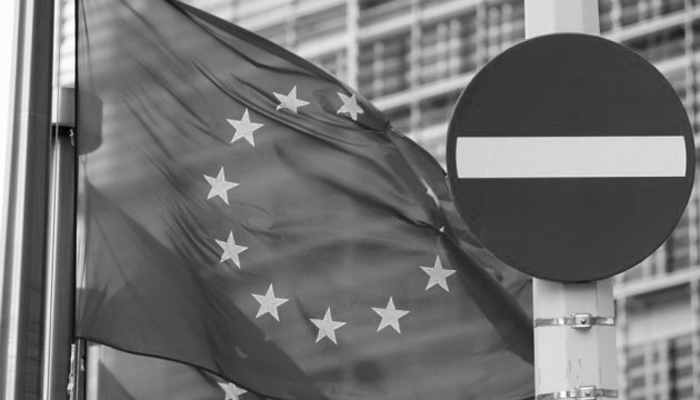 Special economic restrictive measures (sanctions) were imposed on the European Union resident company, by the decision of the National Security and Defense Council of Ukraine (NSDC), in particular, its assets freezing and financial transactions suspending.

This decision of the National Security and Defense Council was put into effect by a relevant decree of the President.

The only asset of the company in Ukraine was a stake in the Ukrainian company. However, without the stake of another majority shareholder, the resident company would not have been able to hold a general meeting of shareholders and exercise the relevant corporate rights. Besides this stake, the company didn`t own any assets, didn`t carry out any commercial activities in Ukraine, didn`t have business relations with banking institutions and residents of Ukraine.

The majority shareholder openly tried to use the imperfections of the sanction legislation and procedures to remove the company from management. For a long time, the Ukrainian authorities saw no reason to impose sanctions on him. However, sanctions were imposed later for unknown reasons.

During this time, the assets of the Ukrainian company were dismantled, and losses amounted to hundreds of millions of hryvnias. These facts led the National Anti-Corruption Bureau of Ukraine to launch a criminal investigation.

Having addressed the authorities of Ukraine, the company has not been able to find out the initiator, the reasons and grounds for imposing sanctions. Subsequently, representing the interests of the company, the lawyers of VB PARTNERS filed an administrative lawsuit to the Supreme Court.

The defendant, represented by several bodies at the same time, did not provide the Court with a justification of the reasons and evidence of the need for state interference in the rights of the company. The need to restrict the company`s corporate rights, the presence of a legitimate aim, and the principle of proportionality of interference following the established case-law of the European Court of Human Rights (ECtHR) were not substantiated.

Under the guidance of a partner Vladimir Vashchenko, VB PARTNERS team managed to get the Supreme Court to declare the decree of the President of Ukraine on the application of sanctions against the Client illegal and invalid.

Commenting on the case, partner, head of Dispute Resolution Vladimir Vashchenko, noted: «I do not question the general importance of sanctions legislation as a tool for protecting national interests. But sanction lists are usually compiled in times of crisis and are based on information sources that do not meet guarantees. Taking into account the practice of the ECtHR, in each case of application to the court, the key circumstances of the case must be fully established and the existence of sufficient and appropriate grounds for the application of sanctions must be verified».

Was the article useful?
Share it on social networks
VB PARTNERS lawyers have achieved the cancellation of the NBU decision on the liquidation of bank «Premium» in the Supreme Court
Read
VB PARTNERS – the best law firm in Criminal Defense!
Read
Sanctions do not terminate contractual obligations and do not warrant refusal of the right to an effective remedy
Read