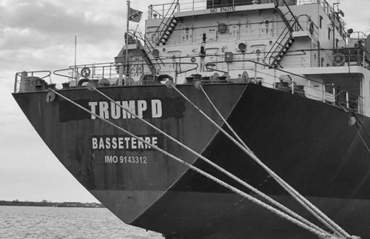 Our attorneys have removed all encumbrances from the vessel Trump-D (former name – SEABREEZE), which had been under arrest for 2,5 years at the Pivdennyi seaport.

In particular, the arrest has been canceled, the transfer of the vessel to the management of ARMA has not been allowed, certain disputes between the shipowner and the state on port dues, disputes with a shipping agent on agency fees, and other issues that ensured the possibility of the vessel to leave the territorial waters of Ukraine have been settled.

This is a unique successful case, which has no analogues on the Ukrainian market. The project included both works within the framework of the criminal procedure and in the specific area of ​​maritime law.

It should be mentioned that the vessel was under arrest for more than two years. In May 2020, after another arrest was canceled, the Client purchased the vessel. However, after that purchase, the vessel was arrested for the third time at the request of the Prosecutor General`s Office.

As a result, the attorneys of VB PARTNERS proved the groundlessness of the claims concerning the vessel.

«This case was very complicated and once again showed Ukraine and its law enforcement system to foreign companies in a negative light. For two and a half years, various shipowners could not dispose of their property and use it in business.

The issue of filing lawsuits against the State from both the shipowner and the charterer for compensation of damages, including lost profit for the entire period of demurrage, is under consideration», commented the project manager, partner Denis Shkarovsky.