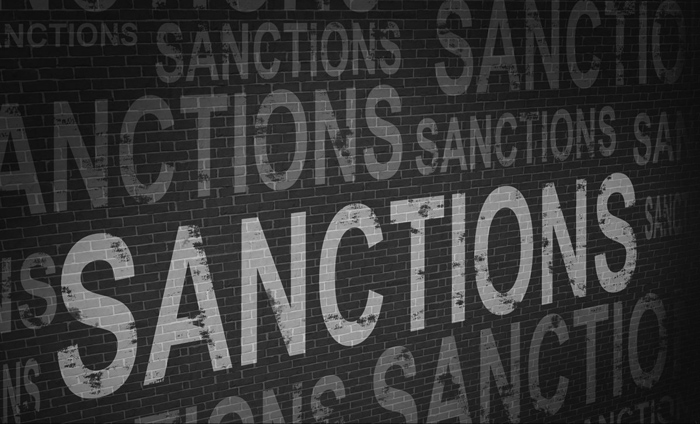 To Know Sanctions: Development of the Supreme Court’s Practice in Sanction Disputes

At the beginning of 2021, Ukraine’s sanctions policy became more public and gained a wider public response than in previous years. It seems that the National Security and Defence Council (hereinafter – the “NSDC”) of Ukraine and President of Ukraine perceive these tools as a means of quickly solving any state and society’s problems which may not be solved by pre-trial investigation bodies in criminal proceedings or when state may not reach necessary decisions using judicial system.

But the path of easy and seemingly effective solutions can have in long run adverse consequences both for the state and society. If the purpose, grounds and principles of sanctions are not adhered to, then further practices will inevitably move towards the abuse of sanctions and their selective use.

Why should the sanctions imposition pursue a legitimate aim and be duly justified?

The sanction purpose is to protect the national interests, national security, sovereignty and territorial integrity of Ukraine, combat terrorist activities, and prevent violations, restore violated rights, freedoms and legitimate interests of Ukrainian citizens and those of society and state (Article 1 of the Law of Ukraine “On Sanctions”) (hereinafter – the “Law”)).

The grounds for sanctions shall be, in particular, the actions creating real and/or potential threats to national interests, national security, sovereignty and territorial integrity of Ukraine, promoting terrorist activities and/or violating human and civil rights and freedoms, interests of society and state (Part 1 Article 3 of the Law).

Sanctions imposition shall be based on the principles of legality, transparency, objectivity (i.e. impartiality), compliance with the purpose and effectiveness (Part 2 of Article 3 of the Law).

According to Ruling as taken by the European Court of Human Rights (hereinafter – the “ECtHR”) in the case of Sporrong and Lönnrot v. Sweden, any interference with a person’s rights presupposes the combination of the following conditions: interference should be carried out in accordance with the law, should have a legitimate aim and be necessary in a democratic society.

In other words, there is a set of the following conditions for state intervention in an individual’s rights and freedoms:

Therefore, an excessive and unjustified restriction of individual rights is the interference neither pursuing a legitimate aim nor being required by a democratic society.

Like any decision, decision to impose sanctions is subject to a test for compliance with the requirements of Part 2 of Article 2 of the Code of Administrative Procedure of Ukraine.

Until the end of 2017, the case law of the Supreme Administrative Court of Ukraine was based on the formal assumption that state authorities act within the powers provided by law, and restrictive measures are taken by the state for the purpose as referred to in international legal instruments, in compliance with the state interests in the field of national security, and degree of interference with the fundamental rights and freedoms of citizens (Ruling dated 23 June 2016 in case No. 826/24573/15, Resolution dated 14 June 2017 in case No. 800/198/17, etc.).

The case law of renewed Supreme Court has been based since 2017 on the following theses developed on the basis of previous position:

…Individual’s rights and freedoms are not absolute.

…Sanction imposition may be subject to formalities, conditions, restrictions being required by a democratic society in the interests of national security, territorial integrity and public security.

… Possibility to impose sanctions is provided by law and has a legitimate purpose, consisting in a need to immediately and effectively respond to threats to national security of Ukraine (Resolution of the Grand Chamber (GCh.) of the Supreme Court (SC) dated 13 June 2018 in case No. 800/321/17).

Cases in administrative courts are declaratively considered and settled on the basis of litigants’ competitiveness and freedom when providing the court with their evidence and proving before the court its persuasiveness. However, a number of competitiveness problems in sanction disputes may be identified with a lot of confidence.

In particular, prior to court proceedings commencement, a person being subject to restrictions often lacks the information about the initiator and reasons for imposing sanctions, which in itself is a violation of the principle of transparency.

Due to the principle of official clarification of circumstances existing only in administrative proceedings, court not only takes the measures as required by law to clarify all case circumstances, but should offer to submit evidence or require, on its own initiative, the evidence that is lacking. This means that the litigants from the state do not have any negative consequences, related to non-fulfilment of procedural obligations to submit documents and information, or obligatory participation in court hearings. In particular, the National Security and Defence Council of Ukraine neither complies with the rulings of the Supreme Court on providing the documents used to impose sanctions, nor files procedural applications on a dispute merits, and nor ensures the appearance of its representatives in court.

Clarification of primary information on the causes of sanctions only at the stage of trial leads to unreasonable involvement of sanctions initiators (Cabinet of Ministers of Ukraine, Security Service of Ukraine, etc.) and subordinate ministries, departments, offices, etc. as third parties.

The involved state bodies actively provide documents being neither investigated nor taken into account by the National Security and Defence Council of Ukraine when deciding on imposing sanctions, and therefore they are inadequate and inadmissible evidence. In particular, by providing materials of unfinished criminal proceedings, pre-trial investigation bodies try to put pressure on the judges’ internal convictions and actually impose on the Supreme Court the tasks of criminal justice and criminal procedure as defined by Article 2 of the Criminal Procedure Code of Ukraine, in particular, examination of criminal proceedings materials and judicial examination with determination of a person’s guilt or innocence. It is also common to provide documents marked “For official use only”, which restricts the other litigants’ rights to acquaint themselves therewith.

However, administrative proceedings task is not to correct shortcomings of the practice of applying the sanctions legislation.

Therefore, in 2020, the first decisions of the Supreme Court on lifting the sanctions imposed on business entities were expected to appear.

In these cases, the Supreme Court repeatedly proposed to provide and required evidence, but the state litigants failed to substantiate the reasons and evidence of needs for state interference in the rights, existence of a legitimate aim and compliance with the principle of proportionality of intervention in accordance with the ECtHR established practice.

Therefore, the Supreme Court came to the following conclusions:

…The grounds for imposing sanctions should be the valid facts available in objective reality, confirmed by the evidence that reliably testifies to committing the actions creating real and/or potential threats to national interests…

… Sanctions are imposed only if there are sufficient factual and legal grounds to do so.

… In violation of the provisions of Part 2 of Article 77 of the Code of Administrative Procedure (hereinafter – the “CAP”) of Ukraine, defendant has not proved the legality of the decision taken.

… Decision does not meet the criteria of legality as set out in Part 2 of Article 2 of the CAP of Ukraine.

And such a development of case law is fully consistent with the key findings of the Grand Chamber of the ECtHR in the cases of Al-Dulimi and Montana Management Inc. v. Switzerland and Nada v. Switzerland. Judicial examination cannot be limited to assessing the persuasiveness of abstract grounds. The veracity and accuracy of the facts that led to sanctions imposition are subject to individual examination, given that such lists are usually compiled in times of crisis and are based on information sources that do not meet the guarantees necessary to apply such restrictive measures.

Was the article useful?
Share it on social networks
Subscribe to the newsletter of key news and expert blogs VB PARTNERS
Investigation Mission - Interview with Denys Shkarovsky, Ukrainskyi Yuryst Magazine
Read
Are the commercial relations with individual entrepreneurs aimed at optimizing business processes or tax evading? Which are the risks for business?
Read
Case of Feldman and Bank Slovyansky vs Ukraine. Key decisions of the European Court of Human Rights. Blog 6
Read